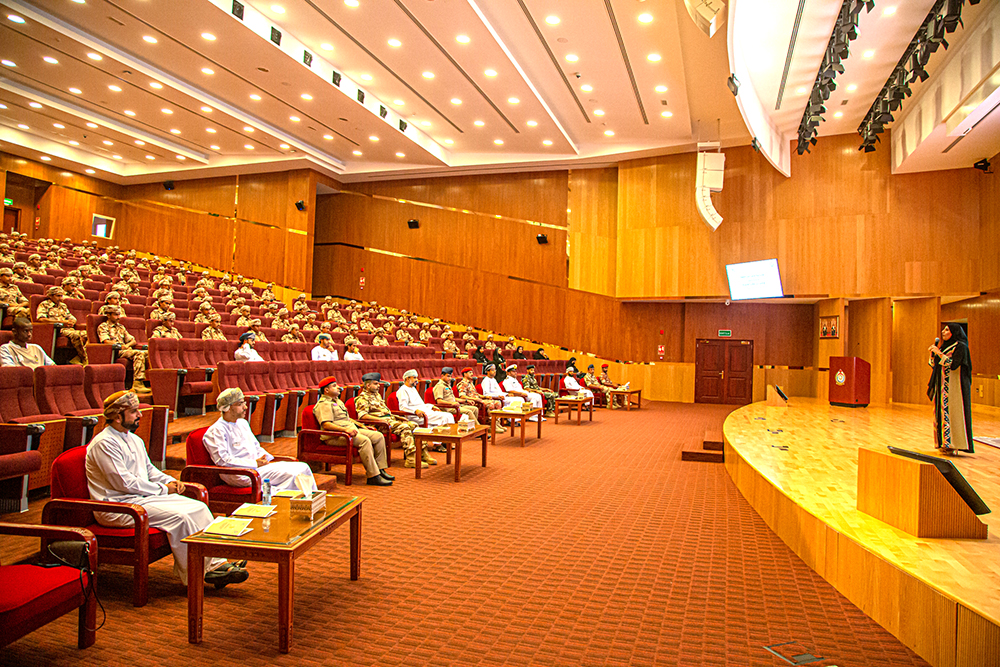 On Sunday, October 17 2021, the Military Technological College celebrated the World Mental Health Day, which falls on the 10th of October each year, with the aim of spreading awareness of the importance of mental health. The ceremony, which was held under the patronage of Aqeed Rukn Eng. Abdullah bin Humaid Al Shibli, Director of Applied Research at MTC, was opened by welcoming the attendees, conveying a message on the significance of the World Mental Health Day and giving a summery about the role played by the College in the psychological preparation of students from thier first academic year until graduation. A visual presentation was also presented about mental health and the Student Guidance Unit (SGU) at MTC and its programme that aim at raising the level of performance of MTC students during their study stages. Then, psychologist Suhair bint Said Al Amriya, from the Ministry of Education, delivered a lecture on some tips and habits that enhance mental health and make it a priority for students during their study stages. The poet Saif Al Mathroub Al Raisi also recited some of his poems on this occasion, and the theater group in the student committees performed a sketch on this occasion. The event was concluded by the patron awarding the participants of the event. This event comes within the educational guidance programme for the 9th batch of students (newly joined) for the AY 21/22 organized by the SGU at the A&R Dept.
EventsNewsأخبار